Recent studies reveal that an adversary might trace the apparently insignificant traffic rate of source nodes over the net and turn such data to invaluable information so as to breach the privacy of the victim sources. Inhibiting the adversary of being able to extract information from the traffic rate of source nodes is a complicated task unless taking into consideration the flow conservation law effect of the transmitter queue. A reliable method of preserving the rate privacy that copes with the flow conservation law is to transmit original packets augmented with probabilistically dummy ones so as to change the observable aggregated traffic rate. Augmenting dummy packets, however, bears redundancy and hence requires extra resources in terms of bandwidth and buffer requirements and more importantly suggests higher transmitting energy consumption. Grounded on the queueing and information theories, in this paper we present an efficient method that minimally augments dummy packets to preserve the source rate privacy at a given degree while preserving the delay distribution of the original packets intact, and thus does not affect the quality of service (QoS) parameters of the transmitted data in terms of delay and jitter. The presented method models the original packets and dummy ones with a preemptive resume 2-priority queueing system and then using information theory attempts to maximize the Fano lower bound of the best estimation of the adversary's speculation. All of the theoretically obtained results have been validated by conducting simulation experiments. 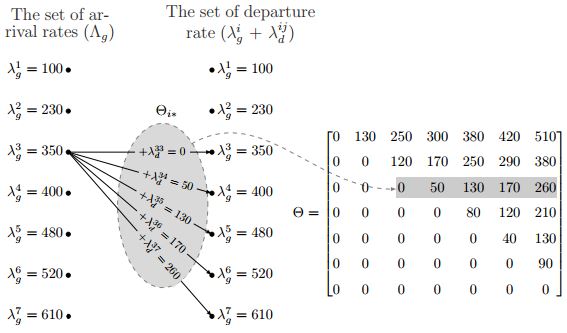